The Lady of Shalott

Or at least one of her go-to necklaces. Before she goes all moony over Lancelot and dies in a rowboat. Drama queen.
I bought this fossil coral pendant at a local beadshop years ago. I loved the colors and patterns, and how it was weathered and chewed up, like an eons-worn fossil in an old specimen cabinet. I've taken it out several times, intending to do something with it, but couldn't decide how to hang it. I didn't want to just string it, or just put hanging loops on it--I wanted it to have some presence. Yesterday I had a little idea, and enjoyed trying it out. 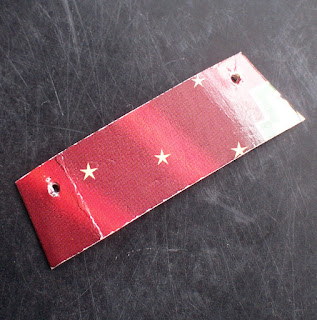 I used this to cut out my copper strip and punch the holes. (Of course, I forgot it would get bigger when I textured it with my coin and hammer, but that all worked out anyway.)

I annealed, textured, and annealed again (and there was some pickling and antiquing and polishing, etc.). It was nice and soft when I folded it around the pendant. I threaded some 18-gauge wire through the holes and created wrapped loops on either side. 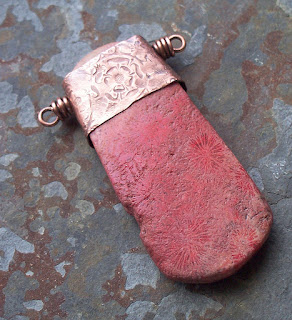 It was looking kind of medieval/Renaissance-y to me, so I decided to stay with that. I found two matching (hey! cool!) textured rings in my stash, and created some textured bars with hammered ball ends. (I am loving liver of sulfur gel so much, by the way, I would almost marry it, but it's not legal in my state to marry a bottle of toxic gel.) I added a couple little rhodonite rounds, and finished it off with lots of chain. 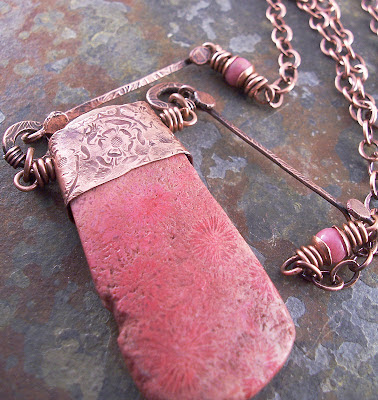 It's about 28.5" long--I pictured it with a long medieval-style tunic. Like with maybe leggings and suede thigh boots. Like if Lisbeth Salander went to a Ren Faire. 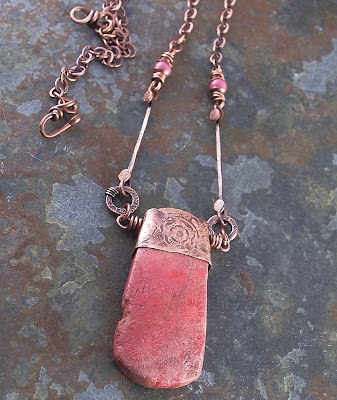 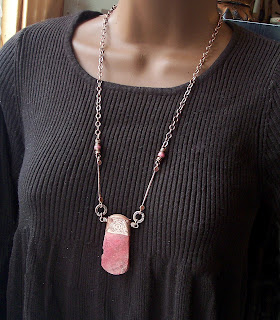 Somebody should have given Ms. Shalott a bunch of beads and some string and wire and stuff. She'd have been like, "Lancelot who?"
Posted by lunedreams at 6:35 PM

Sometimes the Best of Friends

God made Truth with many doors to welcome every believer who knocks on them.
-- Kahlil Gibran

With a Side of Sour Cream

If I had only known, I would have been a locksmith.
— Albert Einstein

With a Splash of Cognac

It is hard enough to remember my opinions, without also remembering my reasons for them!
— Friedrich Nietzsche

Usually Not a Good Idea

I find television very educating. Every time somebody turns on the set, I go into the other room and read a book.
— Groucho Marx

Clothes make the man. Naked people have little or no influence on society.
-- Mark Twain

As long as you derive inner help and comfort from anything, keep it.
– Mahatma Gandhi